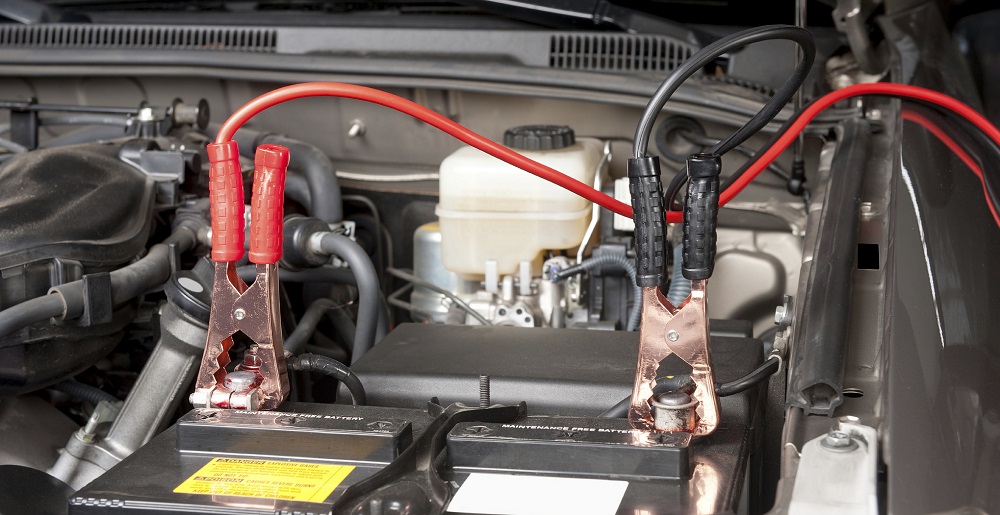 WHY DOES MY CAR BATTERY KEEP DYING?

HOW DOES MY CAR BATTERY WORK?

The primary purpose of your car battery is to start your car. How does a car battery do that? It provides electricity to the spark plugs, which ignite the fuel that produces internal combustion in the engine. That's a lot to ask of a standard 12-volt battery, which is why it's crucial to ensure yours has enough juice to get the job done.

Drained batteries are often caused by simple human error, such as leaving the headlights on overnight, accidentally leaving a door open, or forgetting about the dome light. In those cases, it's probably a one-time thing that's pretty easy to figure out. However, when a battery repeatedly needs to be jumped, there could be some less apparent culprits that require a bit of detective work.

WHY IS MY CAR BATTERY ALWAYS DYING?

While there are many possible reasons that your car won't start, many of which work together to kill your car battery, they fall into three basic categories:

A battery that is old, weak, or damaged may not be able to hold a charge consistently, and extreme temperatures can exacerbate the situation. If your car battery is bad, getting it replaced should fix the issue. However, if you've had to replace a battery more than once in the last year, one of the other two "usual" suspects might be to blame.

When the car is running, the alternator (your vehicle's onboard generator) works with the engine and the battery to power the electrical systems (such as interior and exterior lights, instrument panels, stereo, car alarm, etc.) and—most importantly—to charge the battery. Poor connections caused by faulty wiring or corrosion can prevent a battery from receiving and storing the charge created by the alternator. But if there's no visible corrosion (piles of nasty white and green looking powder collecting around the battery posts), and the connections are okay, the alternator itself could be damaged. In that case, the alternator likely needs to be repaired or replaced.

The sneakiest cause of a car battery that keeps dying is known as a parasitic draw. This basically refers to something that is pulling power that you don't know about—like a dim dome light that you don't notice in the daylight. In some cases, a quick peek into a dark garage can tell you all you need to know, especially if you have little kids who like to press buttons. In other cases, you’ll need the help of an expert to figure out if a mechanical malfunction is causing your headlights or relay switches to stay on.

Determining whether you've got a bad battery, a bad alternator, or an unnoticeable battery "leech" can be difficult. If you're a die-hard DIYer, you can use a voltmeter to track down the culprit, but the easiest, most cost-effective method is to stop by your local Tire Trade for a battery check! We'll make sure your car's battery has all the juice it needs! And if it doesn’t, we’ll hook you up with the right battery for your make, model, and year.